Working together to help you achieve your medical school dreams

Physicians who are former admissions committee members help you get into medical school.

The best tutors you can find helping you ace your boards. Our advisors are actual physicians with admissions committee experience. Our tutors go through the most rigorous selection process in the industry. Our company is focused just on one thing: build future physicians.

Read More About Us

Leading the way in all things related to medical education

Meet a few members of our team

Dr. Mehta is the founder of MedSchoolCoach and has guided thousands of successful medical school applicants. He is also a practicing physician in Boston where he specializes in vascular and interventional radiology.

Sahil has two small children who love to act out the Lion King. He often plays Scar.

Dr. Mehta is the founder of MedSchoolCoach and has guided thousands of successful medical school applicants. He is also a practicing physician in Boston where he specializes in vascular and interventional radiology.

Dr. Mehta is the founder of MedSchoolCoach and nationally known as one of the premier experts in medical school admissions. He graduated summa cum laude from Columbia University in New York City with a Bachelor of Science in Civil Engineering. He finished his degree with the highest GPA in the Civil Engineering major. He was accepted to three of the top ten medical schools in the country and chose to attend the University of Chicago Pritzker School of Medicine, where he graduated with research honors. Dr. Mehta trained in medicine and surgery at Memorial Sloan Kettering Cancer Center in New York and then was a clinical fellow at Harvard Medical School and resident at BIDMC/HMS. He completed a vascular and interventional radiology fellowship at Massachusetts General Hospital. Academically, he has presented his work at multiple national meetings, including SIR and RSNA, and has been published in multiple peer reviewed journals. He has a clinical interest in interventional radiology treatments for cancer patients, women, and emergency situations. Dr. Mehta is a practicing interventional radiologist specializing in minimally invasive endovascular and percutaneous procedures to eliminate cancer and pain, stop life-threatening bleeding, and more. Dr. Mehta has been involved in admissions consulting and tutoring for years. As the founder of MedSchoolCoach, he has a hand in thousands of medical school applications. His experience helping applicants of all types navigate the admissions process is unparalleled.

Ken graduated from UC Berkeley with a BS in Bioengineering and a BA in Molecular and Cell Biology. He is a doctoral candidate at Harvard Medical School and is nationally recognized as a premier MCAT tutor. Ken leads the industry’s most elite tutoring team.

Ken graduated from UC Berkeley with a BS in Bioengineering and a BA in Molecular and Cell Biology. He is a doctoral candidate at Harvard Medical School and is nationally recognized as a premier MCAT tutor. Ken leads the industry’s most elite tutoring team.

Ken Tao graduated from the University of California, Berkeley with a Bachelor of Science in Bioengineering and a Bachelor of Arts in Molecular and Cell Biology. He was a member of Phi Beta Kappa and Tau Beta Pi, as well as the recipient of the Jeffrey A. Winer Memorial Prize, which is the award given to the top graduating senior in the neurobiology emphasis of the Molecular and Cell Biology major. Ken is now pursuing his Ph.D. in Neuroscience at Harvard University. Ken is nationally recognized as a premier MCAT mind. He has worked with thousands of undergraduate students as a graduate teaching assistant and MCAT instructor/tutor for the Princeton Review. At Princeton Review, Ken was the only tutor certified in all subjects, was one of the highest-rated MCAT tutors ever, and was a teacher trainer for Princeton Review’s MCAT division. He has written content for dozens of MCAT books and guides. Ken’s track record for improving student scores on the MCAT is exceptional. Many of his students have achieved MCAT scores >40 on the old exam and >520 on the current exam.

Dr. Marinelli has practiced family medicine, served on the University of California Admissions Committee, and has helped hundreds of students get into medical school. She spearheads a team of physician advisors who guide MedSchoolCoach students. 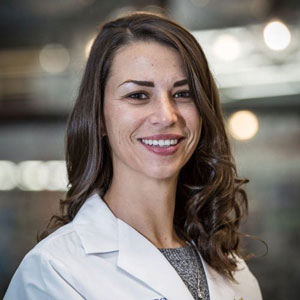 One of Dr. Marinelli's favorite hobbies is trail running. She has ran almost every trail where she lives in Colorado Springs and is planning to ascend the 14,000 feet Pikes Peak!

Dr. Marinelli has practiced family medicine, served on the University of California Admissions Committee, and has helped hundreds of students get into medical school. She spearheads a team of physician advisors who guide MedSchoolCoach students.

Dr. Marinelli graduated magna cum laude from California State University, San Marcos with a bachelor’s degree in biology. While attending school, she worked for a neurosurgeon where she led clinical trials and taught biology as a supplemental instruction leader. Dr. Marinelli was accepted to multiple medical schools and attended the University of California, Irvine School of Medicine where she served on the admissions committee and interviewed many applicants. In medical school, she met her future husband and MedSchoolCoach advisor, Dr. David Flick. After medical school, both Dr. Marinelli and her husband attended family medicine residency in Hawaii where she also served on the residency admissions committee. After her son was born, she decided to step away from clinical medicine and joined the MedSchoolCoach team. Since that time, she has mentored and assisted hundreds of students in the medical school admissions process and brings a wealth of experience serving on both medical school and residency admission committees. Dr. Marinelli is the Director of Advising at MedSchoolCoach, where she continues to advise applicants but also serves to oversee all the advisors. She is excited to continue to provide guidance to students while spending quality time with her son.

Learn why premed and medical students alike have trusted MedSchoolCoach

Research Opportunities for Pre-Meds on the University of California Campuses Research is an extremely important part of the medical school...

Your medical school journey begins and ends with medschoolcoach

We can guide you through every step of the pre-med process.