How Can a Pre-Med Standout? We Ask Dr. Butty | MedSchoolCoach

How Can a Pre-Med Standout? We Ask Dr. Butty

We sat down with Dr. Davietta Butty and discussed her life in medicine and what advice she has for prospective medical students to be a stand out premed student! 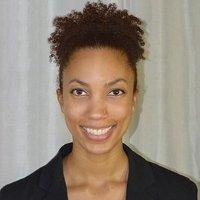 When did you decide what you wanted to pursue in medicine?

I think I decided somewhere between middle school or high school. I knew I wanted to do some sort of career that was science related because I really enjoyed biology and stuff like that. My mom during that time actually didn’t have health insurance but my brother and I did so living with her and seeing her trying to figure out her own problems – like what’s worth paying for and what’s not worth paying for – was something that really affected me and I wanted to be able to have a set a of skills and knowledge to be able to, at the very least provide advice so that she wouldn’t feel so lost in trying to figure out what was going on with her. I wanted to be able to help other people in that way so that’s sort of how I ended up thinking about becoming a doctor or some sort of teacher.

That’s nice, thank you for telling me that. When you do decide to pursue this path and you perhaps think about shadowing or volunteering, what do think are the key aspects of shadowing a doctor? Is there anything that you think that students should keep in mind or observe?

Yes. I think this is a case for me and many premed students, that you go and shadow a doctor and if it’s an outpatient world then you follow them around for a reasonable length of day; they send you to lunch or they get you lunch. If you are in a hospital with an attending and you are following them though, you get a different view of what the day to day activities are as opposed to say, shadowing a resident. I think it’s better in terms of getting a better realistic expectation on what being a doctor will look like at least for the first several years. After medical school, it’s more realistic to shadow a resident and follow that resident around for the entire day. Don’t let them send you off for a two hour lunch or don’t let them send you home early, just follow them to see what’s involved in taking care of patients in an actual full day.

Okay, that’s helpful. Are there any specific things that you should at least keep in mind when shadowing an attending or any other doctor? Could you share with us one specific thing that you would want to make sure that you observe?

I personally think that the most important thing in any interaction is to observe how the doctors are interacting with the patient. See what things the doctor is saying or doing to make that patient feel at ease, to gain that patient’s trust and then to inform that patient about what the plan is or what’s going on with them. I think that is more important than seeing “this is when we go to the OR” or “this is when we go to write notes.” I think it’s at the person to person level where you really get to see what being a physician is about and I think students should pay attention to the relationship between the patient and the physician when they are shadowing.

“When shadowing, I think the most important thing in any interaction is to observe how the doctors are interacting with the patient. See what things the doctor is saying or doing to make that patient feel at ease and to gain that patient’s trust”

I think that you are very right because the one thing that would make me to tell a doctor everything in my history would be the trust that they established in that moment. I think that that was well said. Also, going forward in the process, how do you think that students should determine whether they are a good fit for the school?

Most of that is determined on the interview day; it’s the actual feeling that you get being in that environment around your future classmates and colleagues. In terms of choosing a medical school, I think the most important thing is to know who you are, what your learning style is and what patient population you want to work with. If you know that you are really good at independent learning and working by yourself or researching materials then reading it, versus a lecture then choosing a school that has a lecture based format might not be the best choice for you because that’s not the type of learner that you are. Conversely, if you like to work in groups (and I think most medical school are leaning in this direction) or you want to work with a certain population then choose a school that focuses on problem based learning and team based activities then pick a program where you will have exposure to that population. I think it’s dependent on the curriculum, the atmosphere and the exposure that you want to get.

Key Skills for Every Pre-Med

Just when you thought you had it all figured out, medical school application requirements are changing – again. First, CASPer,[...]

What are My Chances of Getting Into Medical School? A Comprehensive Guide with MSC Score

The dream of becoming a doctor is one that many people share. However, the process of getting into medical school[...]

How to Pick BS/MD Programs and a College List

Previously, BS/MD expert Gauri Patil took us through 3 questions to ask yourself when choosing a BS/MD program and using[...]