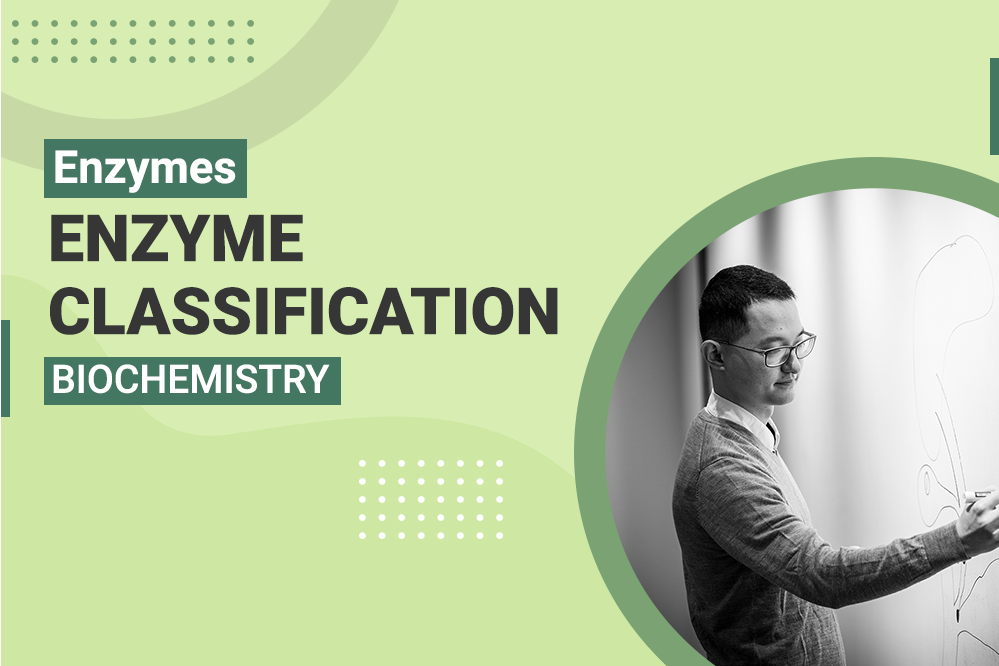 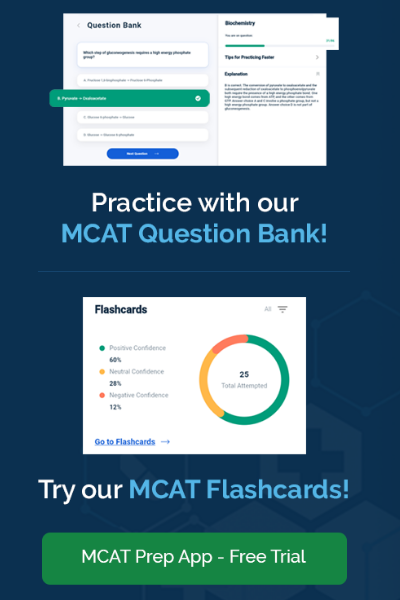 Proteases, enzymes that catalyze the the breakdown of large proteins into small peptides, are classified as what type of enzyme?

A is correct. Hydrolase.

Polypeptides are broken down into smaller peptides when peptide bonds are broken. The cleavage of peptide bonds is a hydrolysis reaction, where the addition of water breaks the bond and divides the polypeptide in two. Thus, proteases, enzymes that degrade proteins into smaller peptides, must be a subtype of hydrolase (choice A is correct). Lyases catalyze the cleavage of chemical bonds via mechanisms that don’t involve water (choice B is incorrect). Oxidoreductases catalyze oxidation-reduction reactions, which is not what’s occuring during the degradation of proteins (choice C is incorrect). Ligases catalyze the joining of two molecules via covalent bonds, not the breaking of those bonds (choice D is incorrect).

The International Union of Biochemistry and Molecular Biology recognizes seven categories of enzymes classified based on their functional activity or the type of reaction they catalyze. These seven enzyme categories include oxidoreductases, transferases, hydrolases, lyases, isomerases, ligases, and translocases. The MCAT expects you to be familiar with these categories, so in this post, we’ll define and give an example for each one.

First, we have oxidoreductases. These enzymes catalyze oxidation-reduction reactions. An example of a familiar enzyme in this category is malate dehydrogenase, which catalyzes the oxidation of malate to oxaloacetate and the simultaneous reduction of NAD+ to NADH in the last step of the Krebs cycle. This reaction is reversible, so malate dehydrogenase also catalyzes the reverse reaction: the reduction of oxaloacetate to malate accompanied by the oxidation of NADH to NAD+.

Third, we have hydrolases, which are enzymes that catalyze hydrolysis or, in other words, the cleavage of chemical bonds using water. Proteases, which catalyze the hydrolysis of peptide bonds in proteins and peptides, are important enzymes falling into this category.

Fourth are lyases, enzymes that catalyze the cleavage of various chemical bonds by mechanisms other than hydrolysis or oxidation-reduction. One enzyme from this category is adenylyl cyclase, which catalyzes the conversion of ATP into diphosphate and the important signaling molecule, cyclic AMP. In the process of cleaving or removing substituent groups, most lyase-catalyzed reactions also result in the formation of ring structures or double bonds. In the case of adenylyl cyclase, the removal of a diphosphate group is accompanied by the cyclization of AMP into cAMP.

Fifth are isomerases, enzymes that catalyze isomerization reactions or the rearrangement of atoms within a molecule to create an isomer. One enzyme in this category you need to know for the MCAT is phosphoglucomutase, which catalyzes the reversible interconversion of glucose-1-phosphate (G1P) and glucose-6-phosphate (G6P). G1P is released during glycogenolysis when an alpha-1,4-glycosidic bond in glycogen is broken. G1P cannot, however, be utilized in any downstream metabolic pathways like glycolysis or the pentose phosphate pathway until it is converted to G6P by phosphoglucomutase. Alternatively, in a fed, high-energy state, the reverse reaction, which is also catalyzed by phosphoglucomutase, may dominate: G6P will be converted to G1P, which, in subsequent reactions, will be added to a growing glycogen polymer.

Sixth are ligases, enzymes that catalyze the ligation or joining of two molecules via covalent bonds. One enzyme from this category is DNA ligase, which catalyzes the formation of a phosphodiester bond between the 3′ end of one nucleotide and the 5′ end of another, thus joining two seperate pieces of DNA together. During DNA replication, this enzyme is responsible for the linkage of Okazaki fragments in the lagging strand into one continuous piece of DNA.

Finally, we have translocases, enzymes that catalyze the movement or transport of molecules across cell membranes. One enzyme from this category is sodium-potassium ATPase, which uses the energy from ATP hydrolysis to transport 3 Na+ ions out of the cell for every 2 K+ ions that are transported into the cell. In neurons, this mechanism creates an electrochemical gradient and a negative electric potential difference across the cell membrane when the cell is in a non-excited state.

Looking for more info about enzymes?

Tips for Creating an MCAT Study Schedule That Works

The MCAT Prep Mobile App for MCAT Studying Has Arrived

Get to Know Our New Advisor, Dr. Ann John!